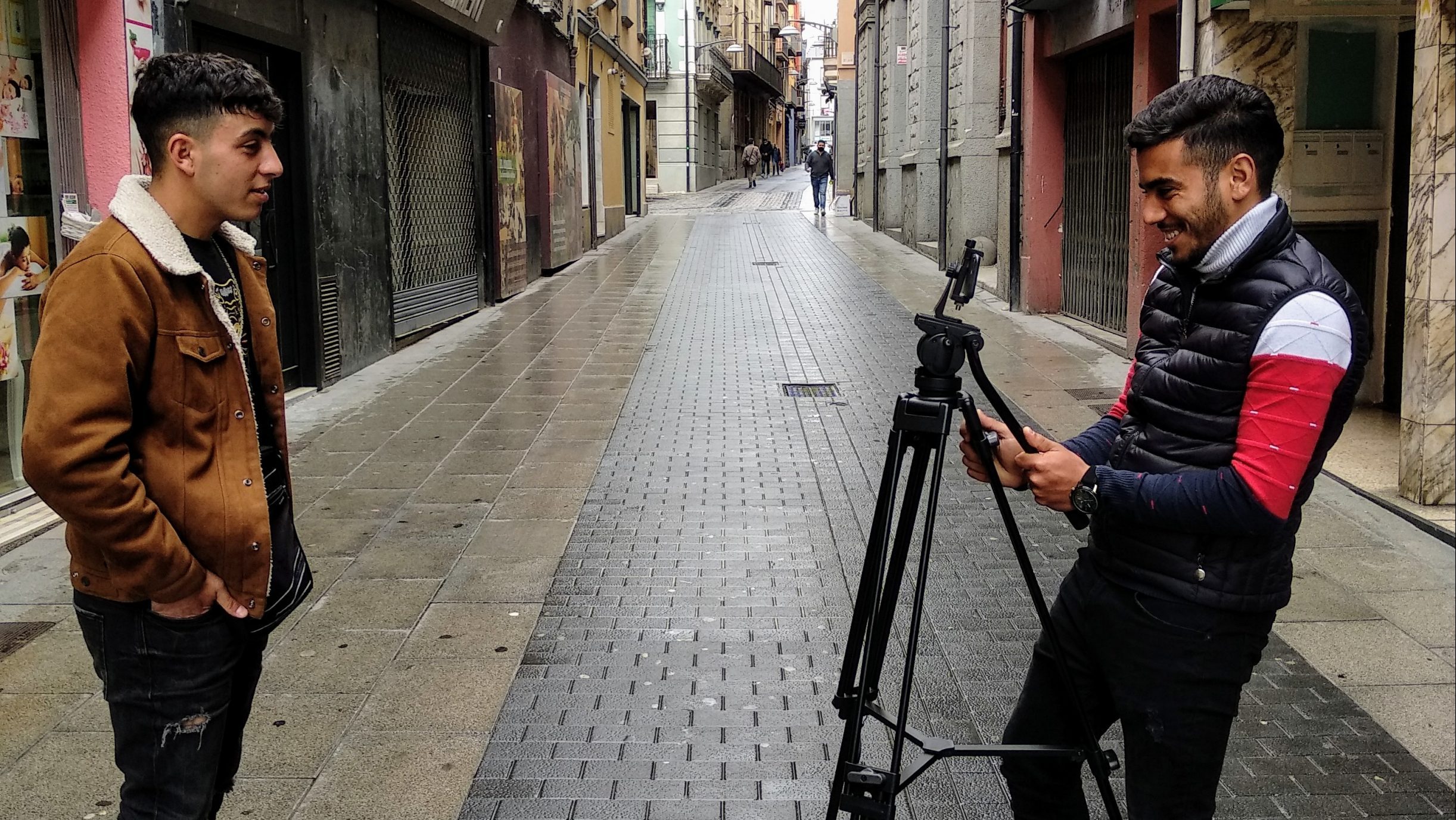 Co-creation and immersive accessibility: MediaVerse at the Faberllull Residence

The experts in accessibility at the TransMedia Catalonia research group (UAB) participated in the Faberllull residence for researchers ‘Science, technology and humanities or digital humanities and science?’, in Olot, Spain. UAB acts as one of the main user partners in MediaVerse with a focus on accessibility. The residency, which took place in the week of April 19-23, offered a great chance to exchange with potential end users, in this case young migrants, and validate the use case vision with the participants.

Faberllull is a residence managed by the Ramon Llull Institute with the collaboration of the Olot City Council, serving as a meeting point for different professionals from the arts, science and humanities. The week’s events served as an excellent opportunity to enrich the research process by establishing new links with other researchers and various local entities that work towards social inclusion.

During the residency, the TransMedia team hosted two activities, focusing on audiovisual co-creation using MediaVerse’s immersive storytelling technologies and 360 cameras. Several local social entities were involved in the activities: groups of young migrants, social workers from the CEPAIM Foundation and the Garrotxa Autonomous Reception Network, artisans from  La iera, and the professionals and users of the Garrotxa Community Rehabilitation Service.

The first activity focused on the creation of immersive narratives with the participation of young migrants, using local cultural heritage and technology as a means of connection and social inclusion. Participants were invited to present the city of Olot and some of its traditional trades and professions from their own perspective. Before the practical session, immersive technologies were presented to the participants, along with FADER, the MediaVerse authoring tool which was used in the activity. Later, two teams comprising young migrants, professionals and UAB facilitators were assembled. Each team was equipped with a 360 camera, audio recorders, and 2D cameras. All participants were involved in the definition of the scripts and the recording, with total creative freedom on what to create and explain.

Over the course of the day, the young people were invited to visit the workspaces of specialists in textiles: tailor Carlota Rodriguez and Anna Herrero, upholsterer at Verd.deGris. During the activity, the young migrants were invited to learn new skills and test the equipment of the two local artisans.

After a long day recording, all of the participants met and had the opportunity to share their experiences. Following this, two focus groups were held, one with social workers, and one with young migrants. These focus groups were of great value as they provided several ideas for possible pilots and future implementation of the MediaVerse technologies.

On the second day, together with users and the team of professionals from La Garrotxa Community Rehabilitation Service, the TransMedia team organised a second co-creation activity, with the aim of bringing immersive technologies closer to the participants to explore possible innovative uses in the context of mental health and rehabilitation.

The session consisted of two parts. In the first, a set of immersive technologies was presented, followed by a second, in which an immersive experience was created. Participants were recorded with 360 and traditional cameras while performing in a music and voice workshop, which was done in collaboration with the music therapist Yago Delàs, and the professionals and users of the service.

The session was concluded with a focus group with the professionals of the service to gather their opinions and perspectives on the activity. As explained by one worker: “Some of our users are facing digital exclusion, and thanks to activities like these we contribute to reducing their fear of technology, and the digital gap”. The focus group also gave an opportunity to brainstorm joint activities for MediaVerse pilots in the future and how the new media formats could be used in their work.

What you can find in the MediaVerse